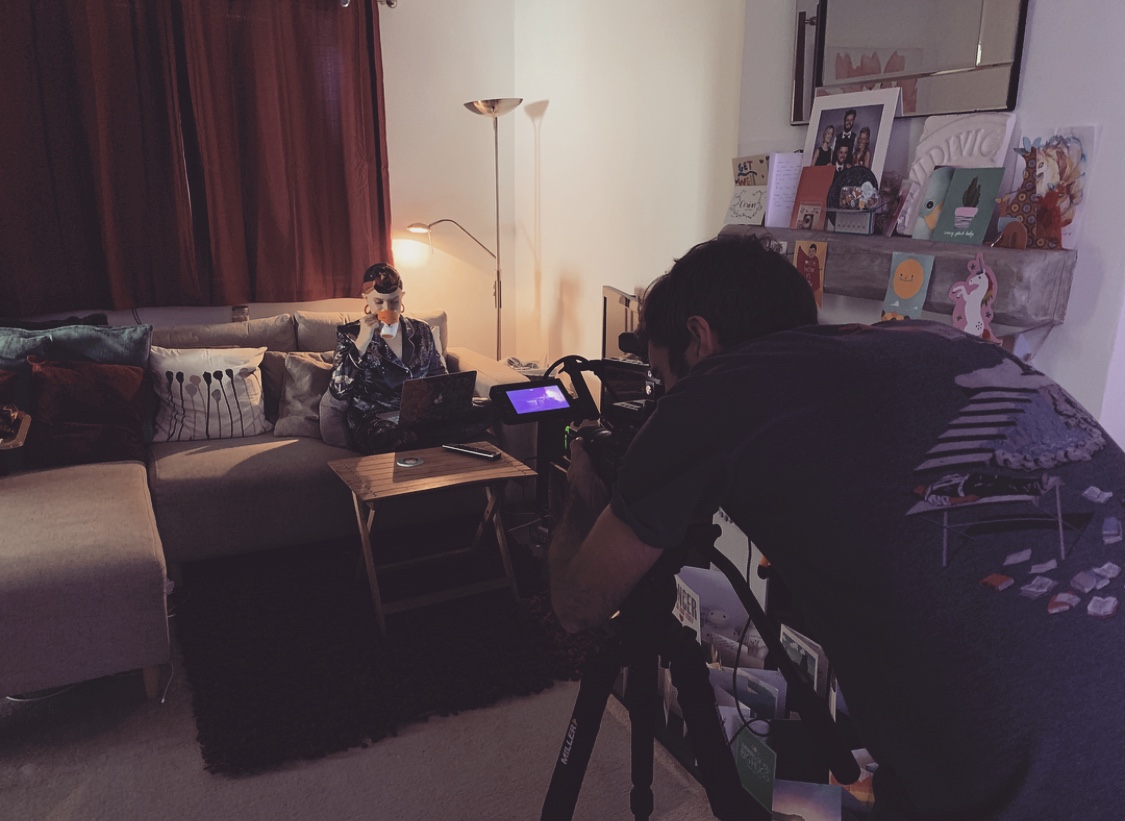 Yesterday was quite an exciting (and very tiring!) day, because I had the pleasure of being filmed for a Macmillan advert – fancy or what?!

I hadn’t said anything about it up until now because I wasn’t 100% sure it was going to happen, but it went ahead and was definitely a welcome interruption to the insipid daily routine of  bored cancer patient. Shout out to Liam the camera man for being such fun and such a perfectionist, and to Woody for being my furry supporting actor.

I’m pretty damn thrilled that I got to take part in something for a charity which does so much for people with cancer and their loved ones. My personal experience with Macmillan has been fantastic so far; they’ve offered resources for my family (such as links to counselling and group meetings), information about my cancer and chemotherapy, and even offered to help walk me through claiming some financial support. Please, if you’re a cancer patient or are helping to care for someone with cancer, check them out.

Oh, by the way, don’t be fooled – I’m not playing a starring role or anything. In fact my line was a grand total of three words! Believe it or not, I still managed to fluff them first time; it seems the acting life is not for me… I did do a little interview afterwards though, which was easier because I was able to speak from the heart. 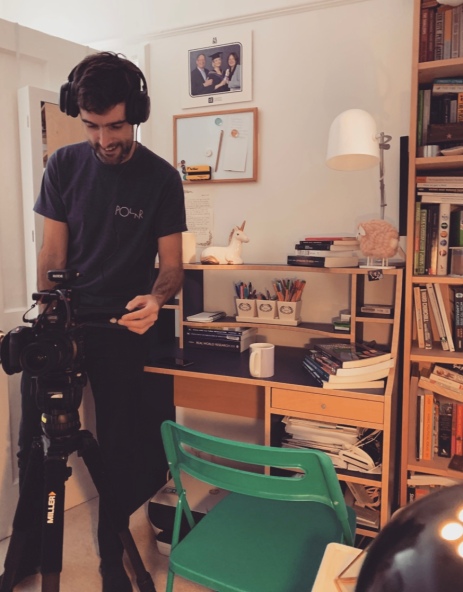 I joke about the monotony of my current situation, but in all seriousness one of the central things I am struggling with through this cancer battle is the feeling that I’ve become utterly useless.

So much of my self respect is tied to my productivity and ability to create things of worth – not monetary value, but which have some sort of impact or benefit to others. I am an avid campaigner for human rights, and my day-to-day job was/is as an Equality Officer (which is basically a dream role as a paid activist!). I like to be busy with work, campaigns and projects – in fact I’d go so far as to say that I’m probably a borderline workaholic which, I know, isn’t the healthiest thing to be.

Of course, because it’s in my nature, I’ve got a couple of ideas for projects I’d like to run whilst I’m going through all of this – the issue being that money is a constant worry right now and I can’t currently afford to invest it in anything other than ‘living expenses’.

Finances are a whoooooole other blog post waiting to happen, but I’ve been lucky enough to have wonderfully supportive family who, as well as offering emotional support, have helped me out with money. I also have an incredibly understanding employer who, simply out of kindness, extended my sick pay. How amazing is that? Even so, my wages get cut to half next month, and then two months after that they stop entirely. I know it’s not very British to talk about money, but I think it’s important to acknowledge that it’s a worrying and precarious time because I’m sure other cancer patients feel the same. Thank God for the NHS though, otherwise I might genuinely be facing bankruptcy in order to, you know, not die.

It’s probably why I’ve fallen head first into baking so obsessively – it’s cheap and allows me to spend time creating something which I can then give to others. For a short time, it gives me a purpose beyond the sometimes-suffocating goal of ‘beat cancer’. On top of that, a little part of me is worried that my friends will forget me as I go through this, since I’m not able to be present, and thinks that sending them baked goods will help keep me in their thoughts. Is that a bit pathetic? Probably, but honest.

Ooops, I didn’t mean for this post to get quite to gloomy – sorry. I’m honestly feeling very positive and, as I often say, I’m in a much more fortunate position than others might be. I’m probably just feeling a bit jittery because my second round of chemo starts today and it’s playing on my mind. Wish me luck! I’ll update everyone on how it went either tonight or tomorrow morning, depending on how I feel.

5 thoughts on “Girls (With Cancer) On Film”