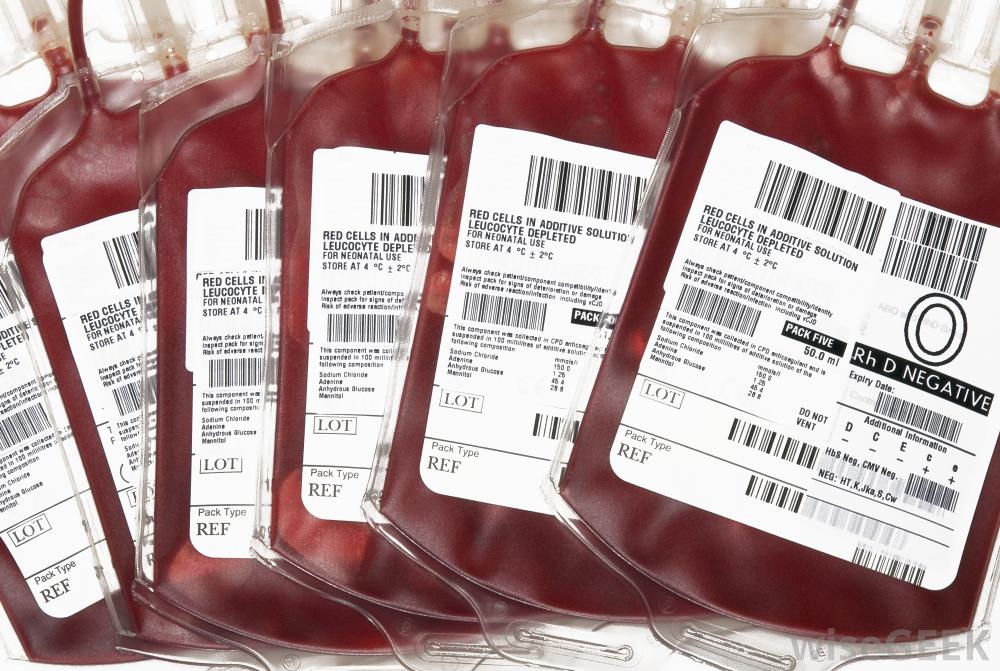 Many people undergoing treatment for lymphoma need a blood transfusion at some point during their treatment – and last week I joined their ranks.  For anyone who might be about to do the same, or if you’re just curious, here’s a short explanation and review of the experience.

Before reading though, I’d just like to say that if this blog post causes you to consider becoming a real life superhero (blood donor) then you can find out more about the process here.

After four days in hospital thanks to my second bout of neutropenic sepsis (sigh) I was feeling pretty rotten. As well as my neutrophils sitting at zero when admitted, my haemoglobin levels were also low and resulted in a lovely spell of anaemia. I was weak, dizzy and even my eyesight was being affected.

A blood transfusion was in order.

The first step was to obtain blood samples from me and send them down to the lab for some complex testing, which boil down to ensuring that my blood wouldn’t attack the new blood because of substances called antigens, which is determined by figuring out the patient’s blood type.

I’m nowhere near understanding how these tests are run, but I do know that the two important antigens in blood typing are called A, B, O, and Rh.

These two factors determine your blood type, and it turned out that mine is A+ (I always was a good student…).

With the knowledge of my blood type, I could now be matched with a unit of blood.

For some lymphoma patients, myself included, it’s vitally important that any blood we receive is irradiated, meaning that it has been treated with X-rays to prevent any remaining white blood cells dividing. This is crucial because it helps prevent a rare complication called ‘transfusion-associated graft-versus-host disease’ (TA-GvHD), where the donor white blood cells attack the recipient’s own tissues. It’s life-threatening, so the medical team are incredibly careful about it.

In fact, I was even given a card to carry with me when I first received my diagnosis: 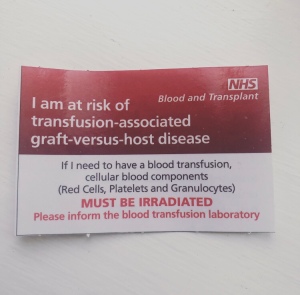 The unit of blood arrived looking a little like something out of The Void (or maybe that’s my horror movie obsession speaking), but I was so glad to see it – I’d been talking to some of my ‘cancer pals’ about the process, and they’d said receiving blood makes a huge difference to overall ‘wellness’ and energy.

After performing an obs check (monitoring my temperature, heart rate, and blood pressure) and triple checking that I had the right type of blood and was the intended recipient, I was asked repeatedly whether I consented to the transfusion. This is because, although generally safe, there are some risks associated with the procedure including infections and transfusion reactions.

Finally, it was time, and the blood bag was connected to my PICC line.

Transfusions are a slow process, and my single unit of blood (approximately one pint) took three hours to transfuse. Thankfully, I experienced no reactions at all – but my nurses were incredibly vigilant, staying with me for the first five minutes and then checking on me regularly for the first hour to ensure I was okay. 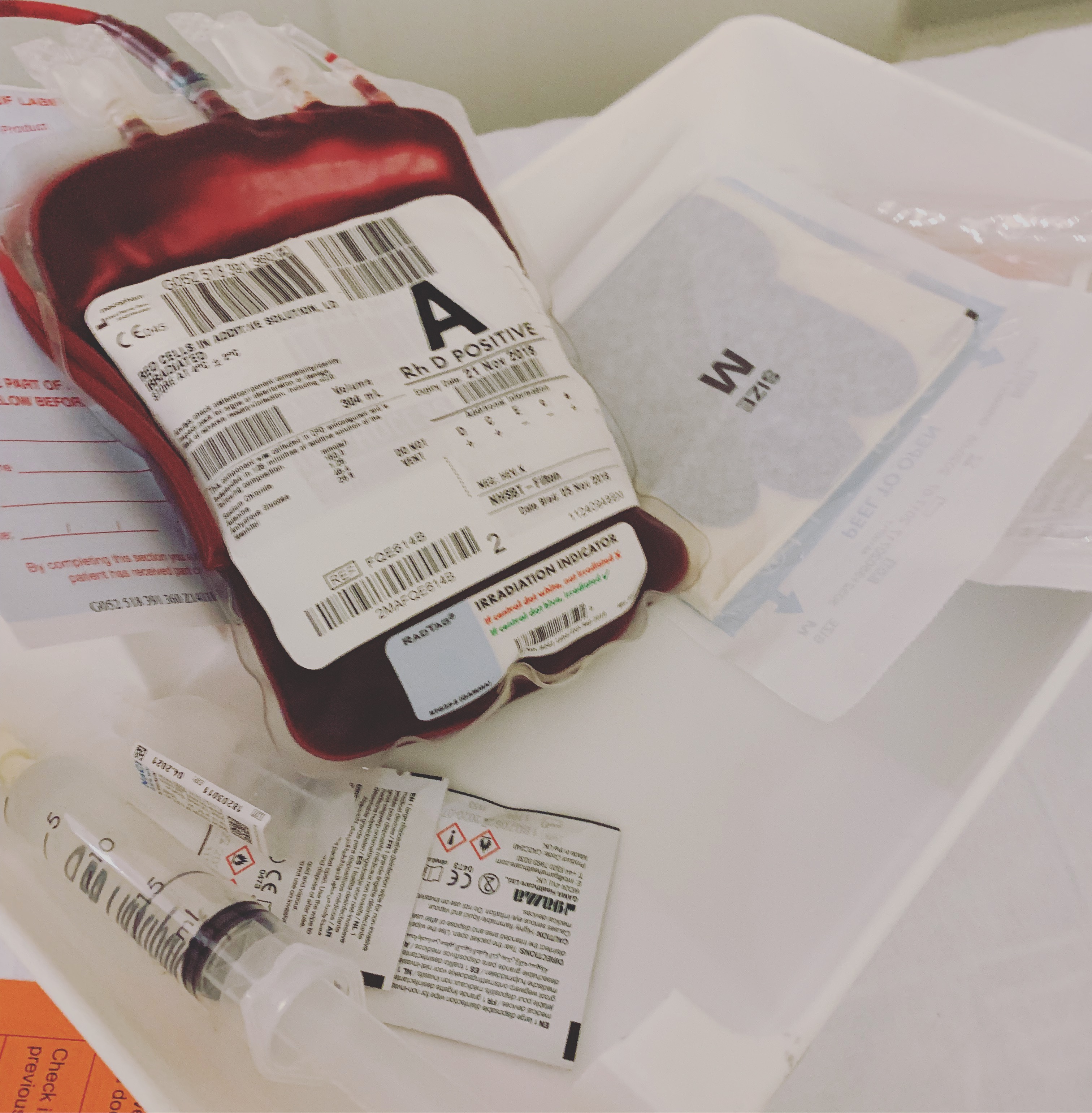 Did I feel like a whole new me the next day? If I’m honest, not really. I certainly had more energy, and some of my symptoms were lessened, but my woozy head was still a problem – which made the nurses think maybe it’s just ‘one of those chemo things’.

Nonetheless, I remain indescribably grateful to the blood donors out there. I don’t know whose transfused blood I received, so as far as I’m concerned every blood donor helped towards making me feel better. My transfusion urgency pales in comparison to when it’s a truly dangerous situation, and so I want to thank every single one of you out there reading this who has donated blood, and to remind you that because of your generosity, lives will be saved.

If you’re reading this and thinking ‘oh hey, I’d like to learn more about donating my blood, then awesome – please do because it makes such a difference. You can find out more about the process and even register as a donor on the NHS blood donation page.

2 thoughts on “Am I A Vampire Yet? Getting A Blood Transfusion”